The spring of 2017 has produced excellent birding in the Cape this year and weve had good success in finding our clients their targets.

These species have included Cape Rockjumper, Cape Sisken, Protea Canary, Orange-breasted Sunbird, Cape Sugarbird, Victorin's Warbler, Cape Penduline Tit, Black Harrier and Chestnut-banded Plover to name some of them. What really struck me this year, is how early our birds started breeding, its was late July and Cape Robin Chats where already building nests. 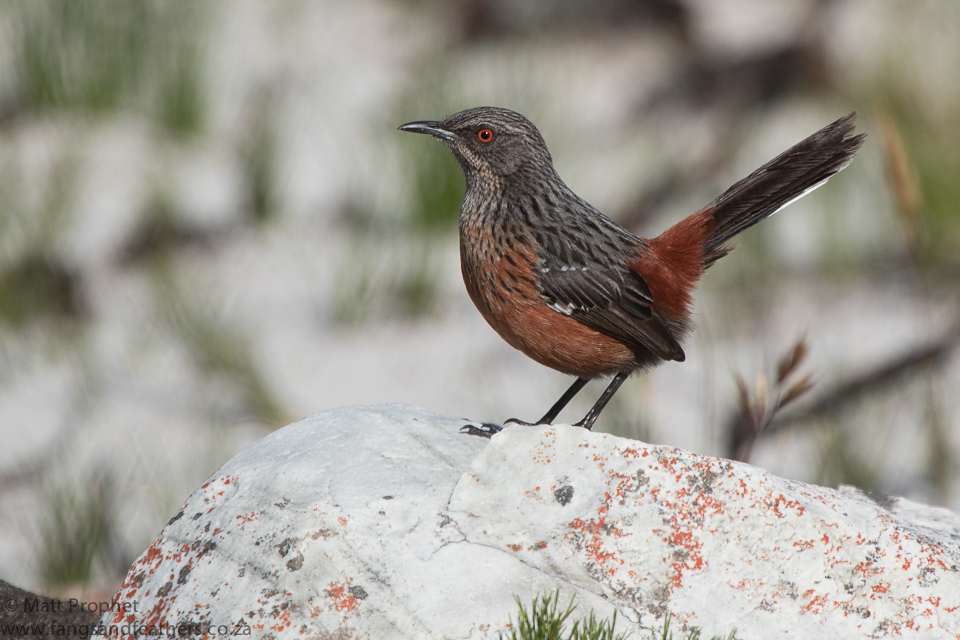 The Bank Cormorant has suffered a major population decline, due to over-fishing of Cape Rock Lobster, an important food source for this species.

Cape Rockjumpers have provided us with great views this year and on some days we saw up to six individual birds. We haven't used playback (song recordings) for this species and have enjoyed a 100% success rate this season, by simply looking and listening for them.  Cape and Sentinal Rock Thrush have also been plentiful, with Ground Woodpecker being tougher to locate  in and around  Cape Town.  Finding a new and easily accesible site for Protea Canary was exciting and a return visit is on the cards. Kirstenbosch has also been great and the Lemon Doves have been reliable, along with Forest Canary, Olive Woodpecker and Rufous-chested Sparrowhawk sighted on a number of occasions. 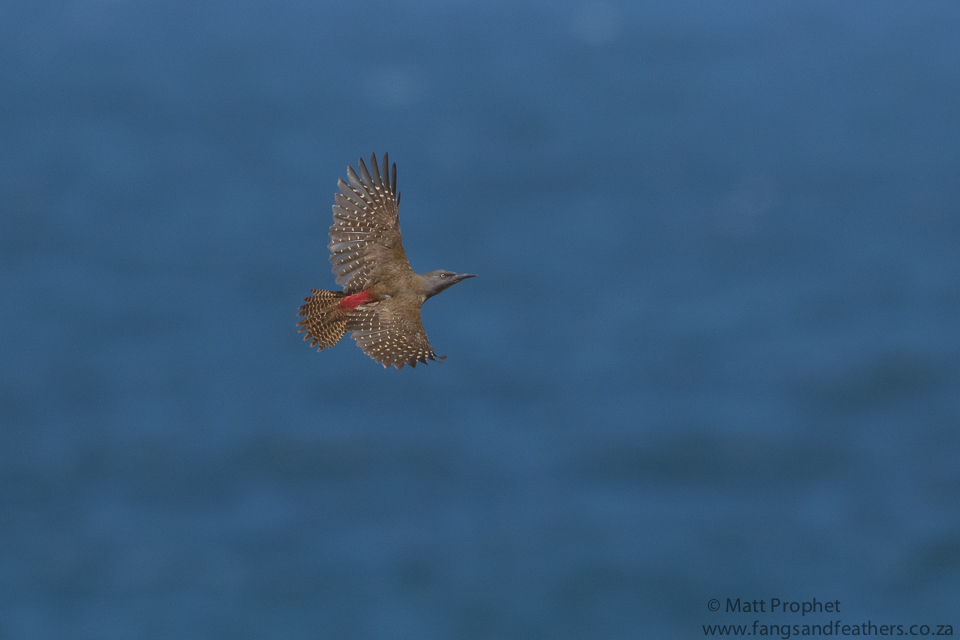 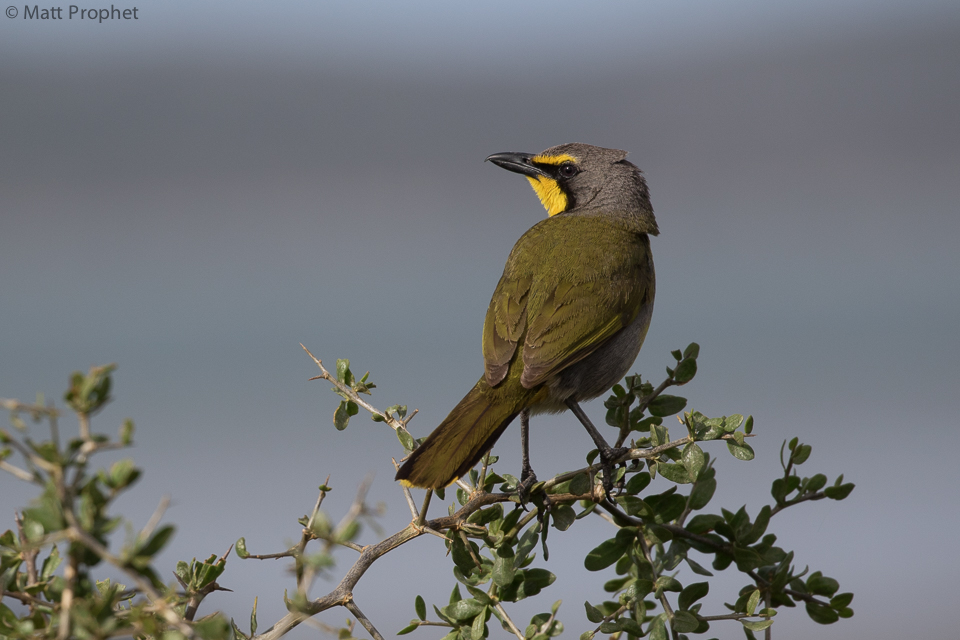 The West Coast has been absolutely brilliant, and the influx of Black-headed Canary's (including the Damara form) to the West Coast National Park was a treat. Ludwig's Bustard was also seen in the Darling and Vredenburg area on a number of occasions. Karoo Lark and Cape Penduline Tit have also been reliably found and many birders picked up there first "ticks" for these two birds with us. Cape Long-billed Lark can be challenging to find and we've enjoyed a couple of succesful days searching for this special bird. The Black Harriers were plentiful, and spectacular eye-level views where experienced on a few occasions. Langebaan Lagoon is bustling with shorebirds again and on our last trip there two weeks ago, we recorded 10 different species of Palaearctic breeding waders (shorebirds) and a Western Osprey. The Berg River Estuary is always an interesting place to visit and we've had stunning encounters with Chestnut-banded Plovers and their very young chicks and breeding Caspian Terns. 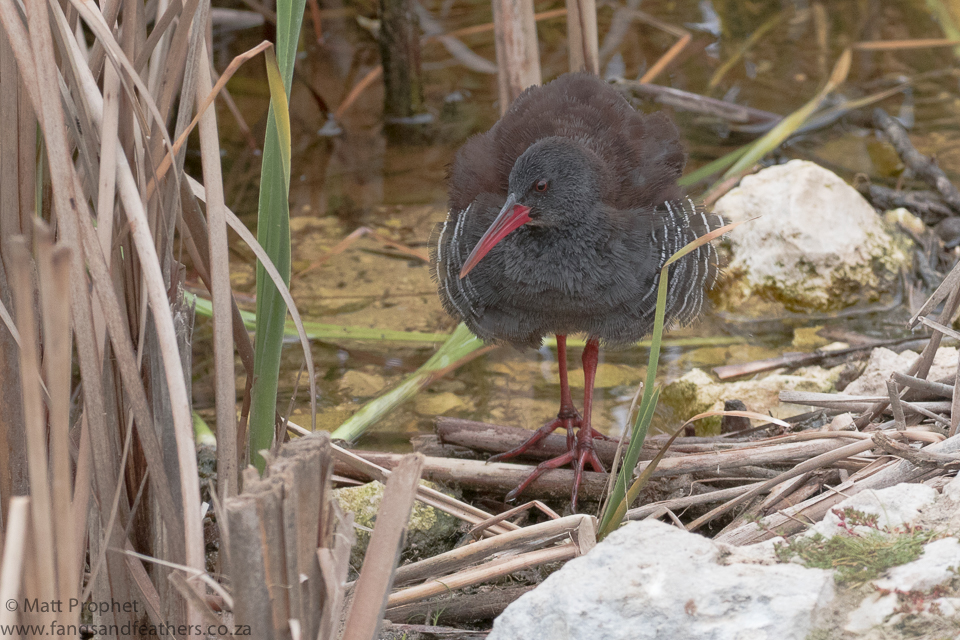 African Rail sightings have been plentiful this spring 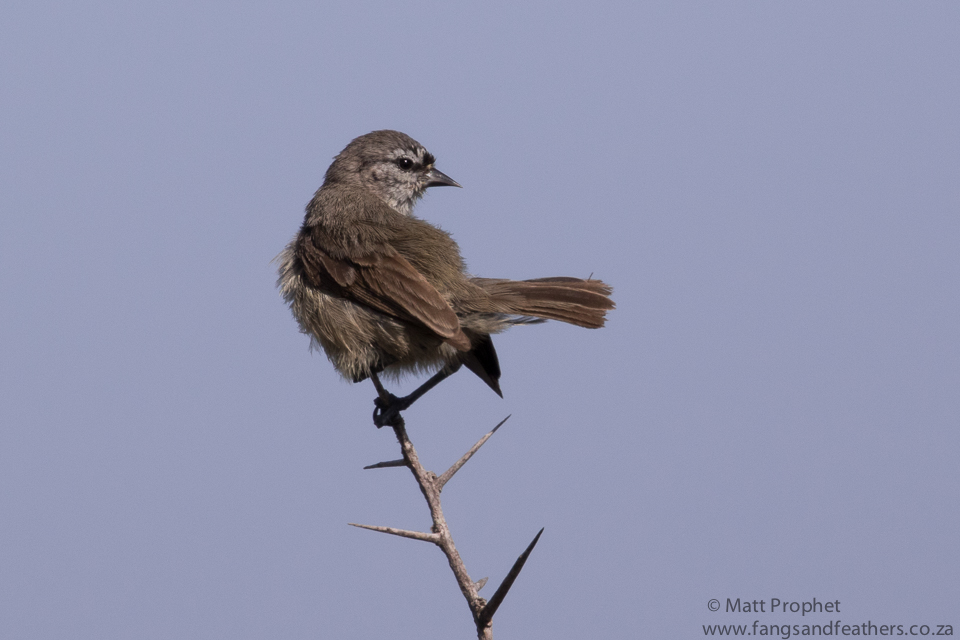 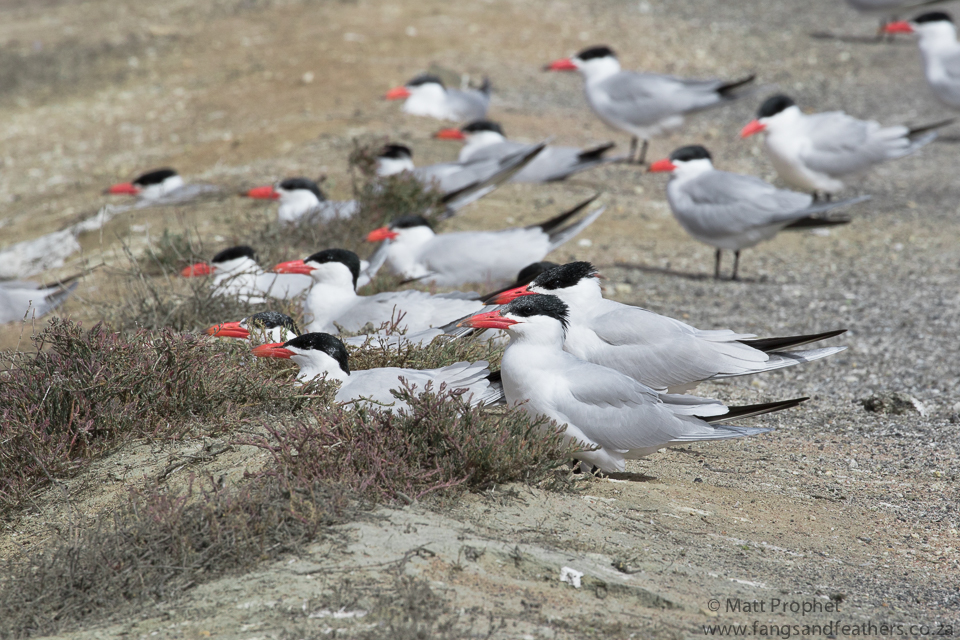 Trips to the Overberg have been excellent too, and Agulhas Long-billed Lark, Southern Tchagra, Denham's Bustard and Karoo Korhaan have been seen on most of them. The Tankwa Karoo seems to be getting better known and busier these days. Four species of chats were seen, and we've had lovely views of Martial Eagle, Greater Kestrel, Pale Chanting Goshawk, Secretary Bird and Lanner Falcon to name some of the raptors. Endemic specials like Karoo Eremomela, Rufous-eared Warbler, Fairy Flycatcher and Namaqua Warbler have been reliable, however Cinamon-breasted Warbler seemed a bit tougher this season. I'm a bit concerned that this could be due to increased pressure at the accesible sites and over-use of song recordings. 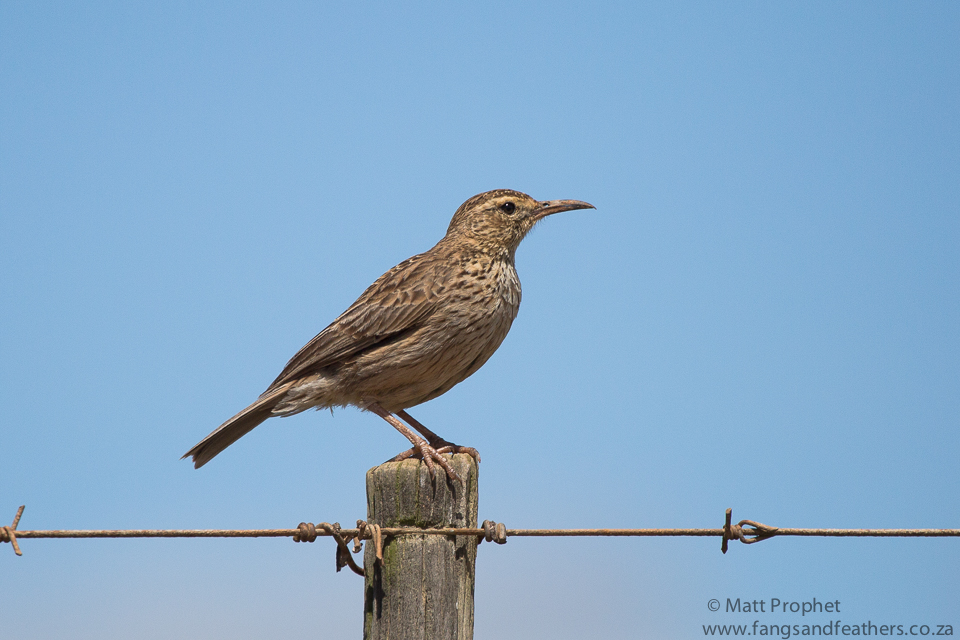 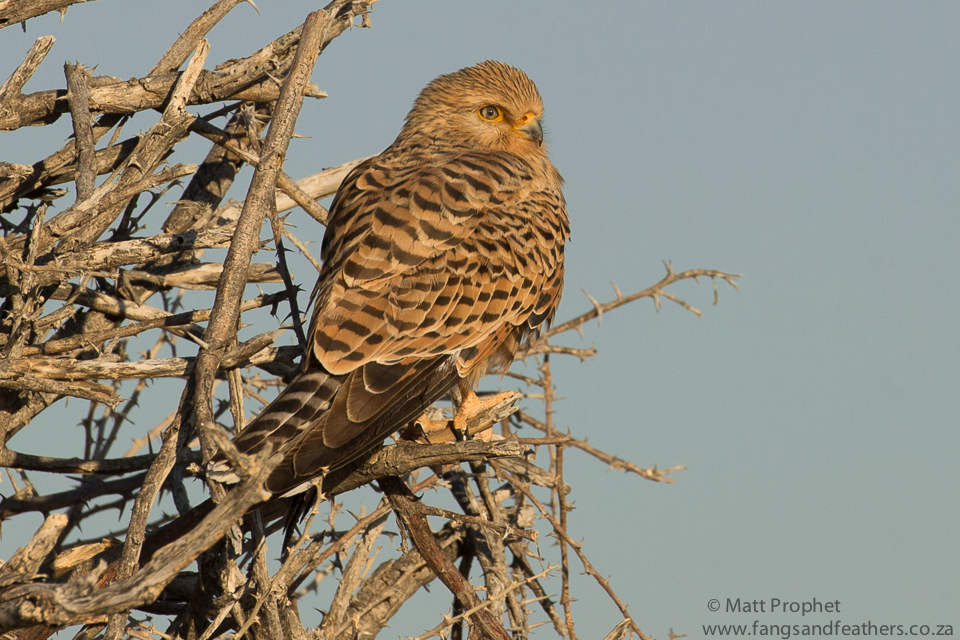 On the rarity front, well, lets just say that I'm working hard at seeing new birds for my Southern African list when the opportunities arise. Unfortunately work sometimes just gets in the way and despite my enthusiam and desire to see new ones, this season has proved cruel to me. Its been a question of being in the wrong place at the wrong time. This aside, I was able to twitch a Little Ringed Plover at Vermont, just east of Cape Town, a couple of months back. My camera lens was broken at the time, so I tried by hand at "digi-scoping", the term used to decribe taking a photo of a subject through a spotting scope. Its a tricky process if one does it without an adapter for the smart phone to lock into position over the telecopes eye-piece, but some persistance paid off. 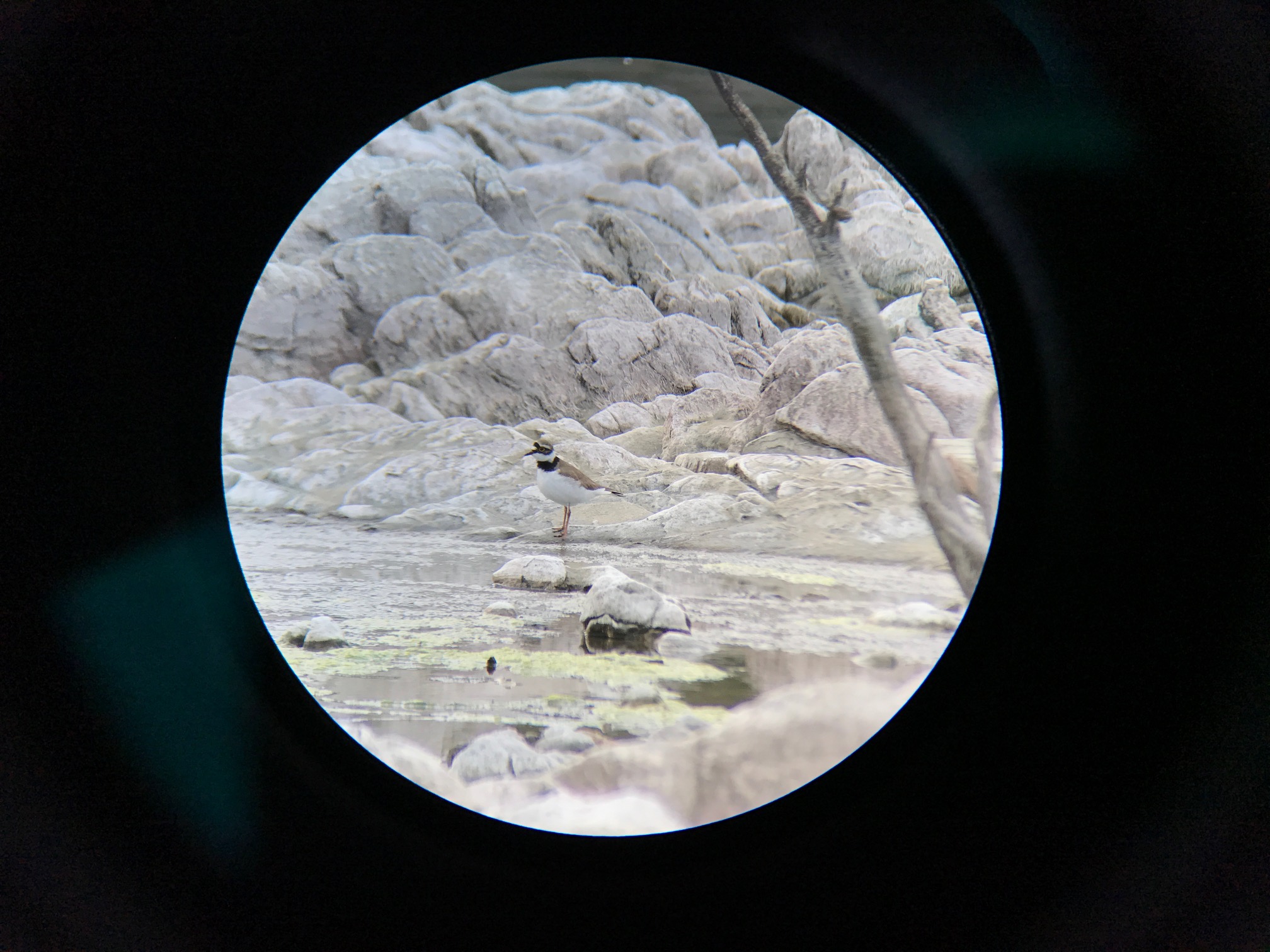 What were our clients favorite birds around Cape Town this spring? Well, the popular opinion seemed to rank as follows: first place - Orange-breasted Sunbird, second place - Black Harrier and third - Cape Rockjumper, with African Penguin waddling up for fourth and Blue Crane and Bokmakierie tying for fifth. 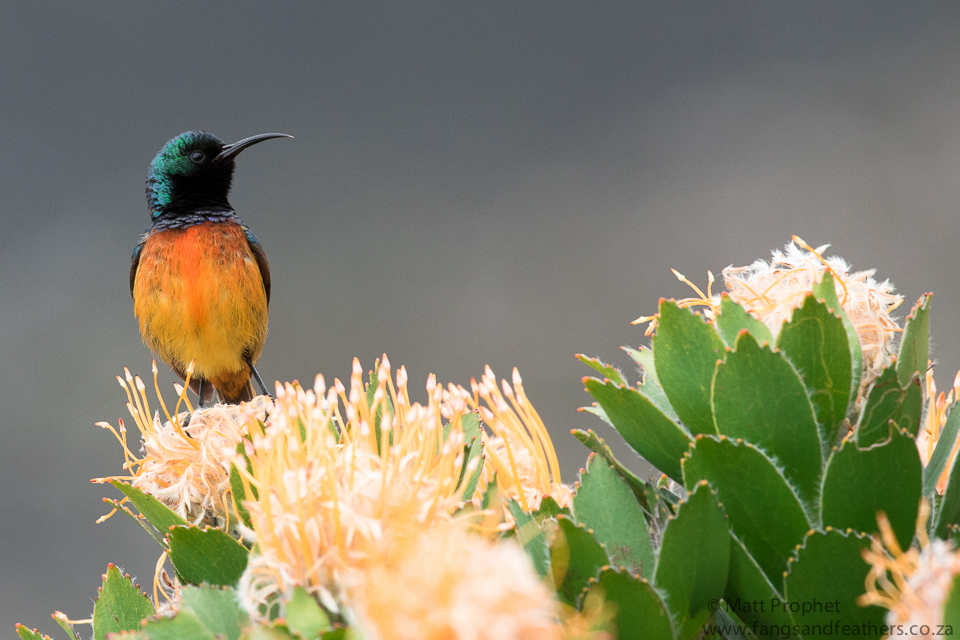 Orange-breasted Sunbird, a favourite amongst birders visiting the Cape

It will be exciting to see what rarities are found over the rest of the season, but for now we'll keep enjoying our local specials until then!