Strandfontein Birding Area has delivered some amazing rarities during the first half of this summer.

This man-made environment which is essentially a series of large disused sewage treatment ponds in Cape Town's Cape Flats area is home to thousands of resident waterbirds, seabirds and passerines.

This site is well known to South African and International birders and in 2016 it delivered a spate of rare waders. On some days there have been up to 100 birders driving and walking round the area searching for the reported rarities, just brilliant to see!

A Temminck's Stint Calidris temminckii, a very rare visitor to Southern Africa was originallly found by Cape Town birder Glynis Bowie. This sighting was fortunately reported and as a result over 750 birders have been to see it already. I have been to see this special little "fella" eight times in the last two months and every visit has been as special as the first. 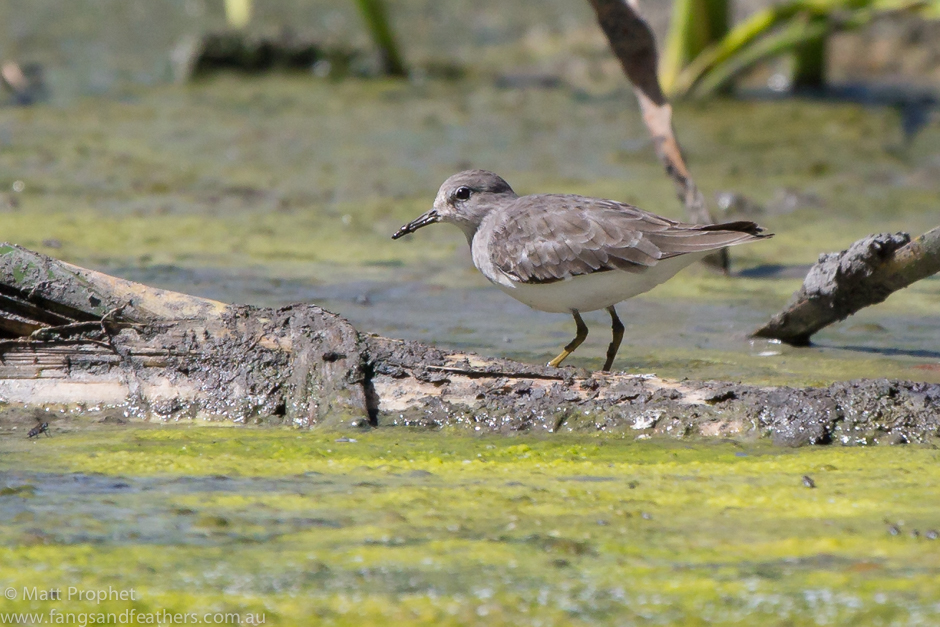 The seventh ever Temminck's Stint to be recorded in Southern Africa. This individual was originally found by Glynis Bowie on the 26th November 2016.

Pectoral Sandpiper Calidris melanotos, another exciting wader has also been sighted here regularly during the past two months. Its not usually an easy bird to tick in Southern Africa, with roughly five records per year. Two different individuals have been observed so far this season at Strandfontein, which has made it possible for many Cape Town birders to add this rather tough to get species to their lifelists. On occasion this species has been seen feeding amongst Ruff Philomachus pugnax and Curlew Sandpiper Calidris ferruginea, presenting a brilliant opportunity for birders like myself to study the differences between these seemingly similar birds at close range. 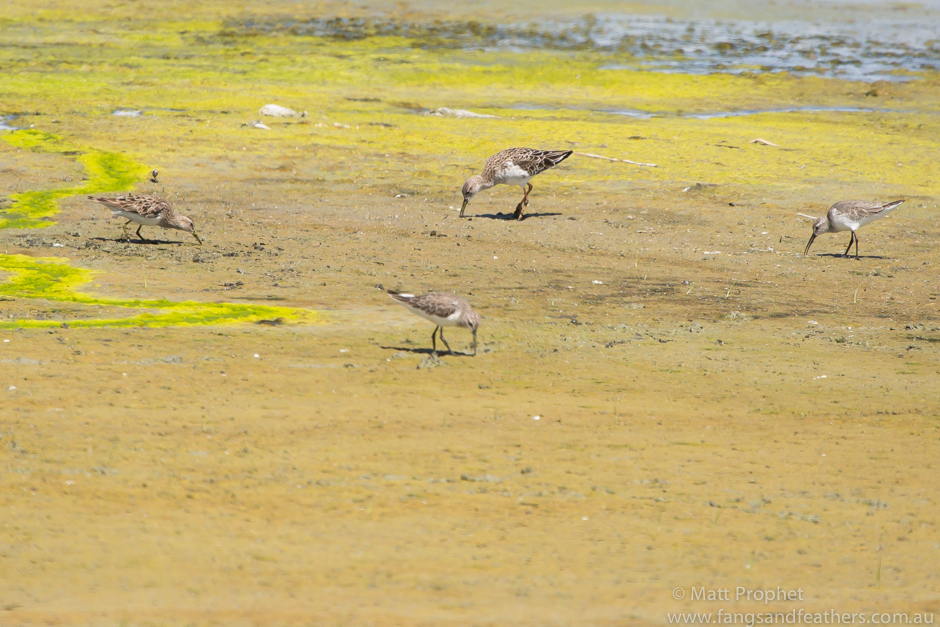 Red-necked Phalarope Phalaropis lobatus an uncommon visitor from the Northern Hemisphere to our coastline was also on show, with two birds present at Strandfontein on some days. These curious looking little waders are always fun to watch. They swim and feed in circular patterns, drawing water through their bills, extracting the zooplankton from the water.

An American Golden Plover Pluvialis dominica has also created much excitement. This North American species which is recorded a few times each year has been difficult to locate, partly because of the similarities which it shares with the more common Grey Plover Pluvialis squatarola. This individual has proved challenging to obain decent images of without a powerful lense, but has forced us to study the differences between these two species closley.  Although challenging such experiences are rewarding and educational to birders. 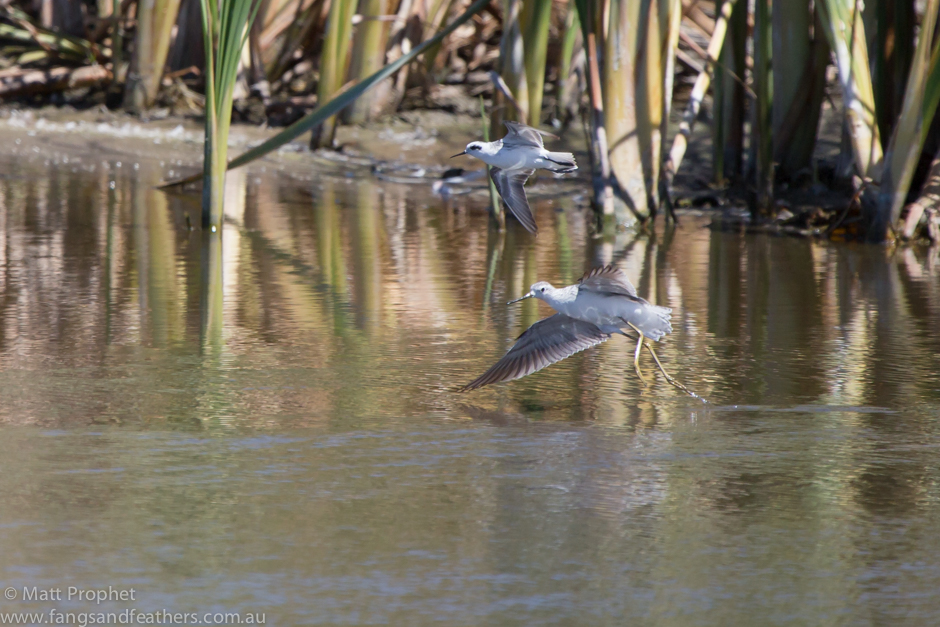 Red-necked Phalarope above (non-breeding plumage) and Marsh Sandpiper below have been on show most days over December and January 2016.

Strandfontein Birding Area is a special wetland and is fortunately incoporated into False Bay Nature Reserve which is managed by the City of Cape Town for conservation of biodiversity. Without the efforts of the dedicated conservation personal who maintain and look after this special reserve, it would not support the amazing biodiversity which it does. For the remainder of this summer we will be making further visits to this site to experience more great sightings.