In search of the Blue Bird of Paradise 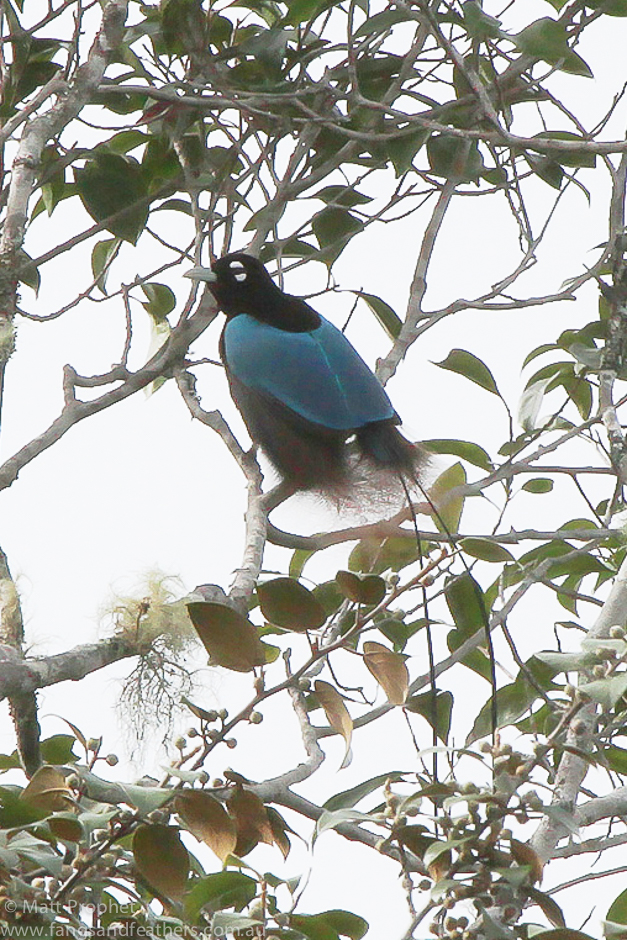 The opportunity and time finally arrived to see birds of paradise in the wild in Papua New Guinea (PNG).

During a relatively short period of time on a trip to Papua New Guinea (PNG) I was able to observe 19 species of birds of paradise. One species in particular, the blue bird of paradise, colloquially known as the "Blue Bird" captured my imagination the most and I really wanted to see one of these spectacular birds.  In the months leading up to my trip, I decided that this was my number one target bird, and derived a plan which I felt would offer me the best chances of an encounter with it in the wild.

After much research I decided to spend my time in the Central Highlands of PNG which would offer me the best chance of seeing this animal. I decided to spend a week in the area around Mount Hagen and then a similar amount of time in the Tari Valley to accomplish this. This plan would also provide good opportunities to see many other species such as Lesser, King of Saxony, Superb, Magnificent and Count Raggiana's Bird of Paradise, as well as Brown Sicklebill, Law's Parotia, Stephanie's and Ribbon-tailed Astrapia. There where of course many other amazing birds seen on the trip but that is a different story.

I was very fortunate to obtain good views of a single Blue Bird in the Mount Hagen area while birding along a steep mountain slope along a forest edge. The characteristic call was heard and shortly after some scrambling allong the steep slope an individual was located feeding in a fruiting tree. It was a very exciting moment and depsite the poor light, I was able to watch nicely through my binoculars.  It was a suprising how easily the sighting had actually come and couldnt believe my good fortune. Although no other Blue Birds where seen in this area, I hoped to obtain another view of one in the Tari Valley.

Many new birds where seen in Tari, but another sighting of the Blue Bird was what i wanted the most. I managed to arrange a visit to a local farmers land where a pair of Blue Birds where known to occur on a regular basis.  I visited the site with a local guide, it is essential to bird with local guides when in PNG and as we approached the farm, the persistant call of a Blue Bird grew louder and louder. It was here on the edge of a remnant patch of forest that i was able to spend an hour and a half watching a Blue Bird feeding, calling and moving about the trees without it showing to much concern about our presence. It was a much better sighting than the first encounter which I'd had and when the time came to go, I just wanted to stay. The light and photography conditions where again poor, but with 30m views and the bird perching between 5 to 10 metres above the ground in the open, it was all anyone could have asked for given the short amount of time which i had. It was a very special sighting for me and will forever be one of my most memorable wildlife experiences.

We will be travelling to PNG to look for birds of paradise again in 2017, if you want to join us on this adventure and see some of these birds have a look at our PNG Wildlife Adventure Tour and send us an email to book your spot.