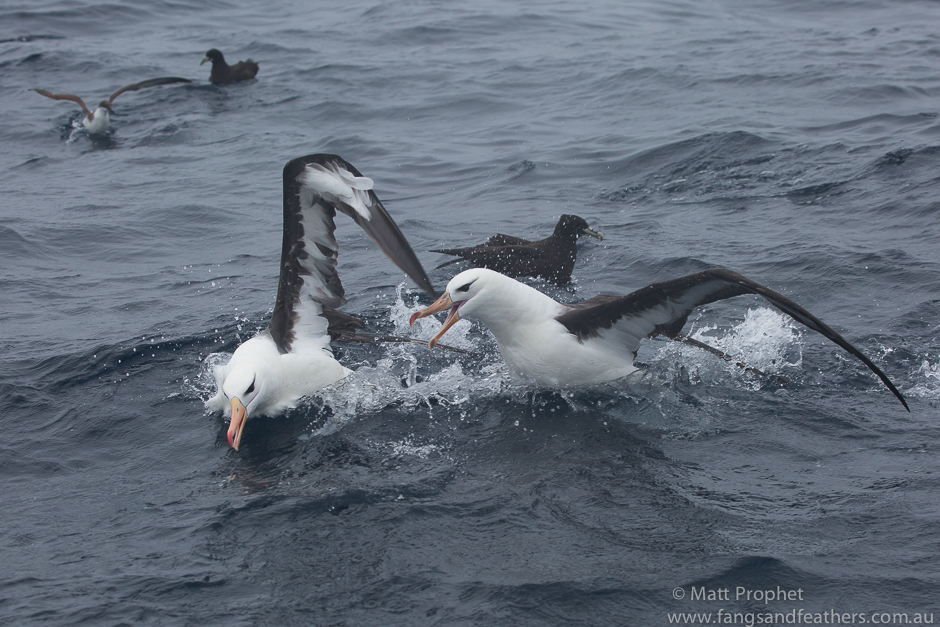 Cape Town's offshore waters are amongst the best destinations in the world to view pelagic seabirds.

The Cape of Good Hope is also known as Cape Point or the Cape of Storms and its offshore waters are very diverse in terms of the pelagic bird species which visit them. Pelagic birding trips are reccomended to any nature lover with a interest for sea birds and marine life.

The sea conditions off Cape Point are seldom flat, but those who are willing and able to go on a pelagic birding day trip should see many new species to add to their life lists. On the calmer days the opportunities for photography are excellent and one frequently gets within 20 metres or closer to many of the species which are seen here. Fishing trawlers attract thousands of birds, which scavenge on the scraps of fish which are pushed through the nets as they are retrieved from the sea. The most productive areas are usually between 15 and 30 nautical miles to the south west of Cape Point, requiring an boat trip of approximately one to two hours either way, depending on the weather conditions. 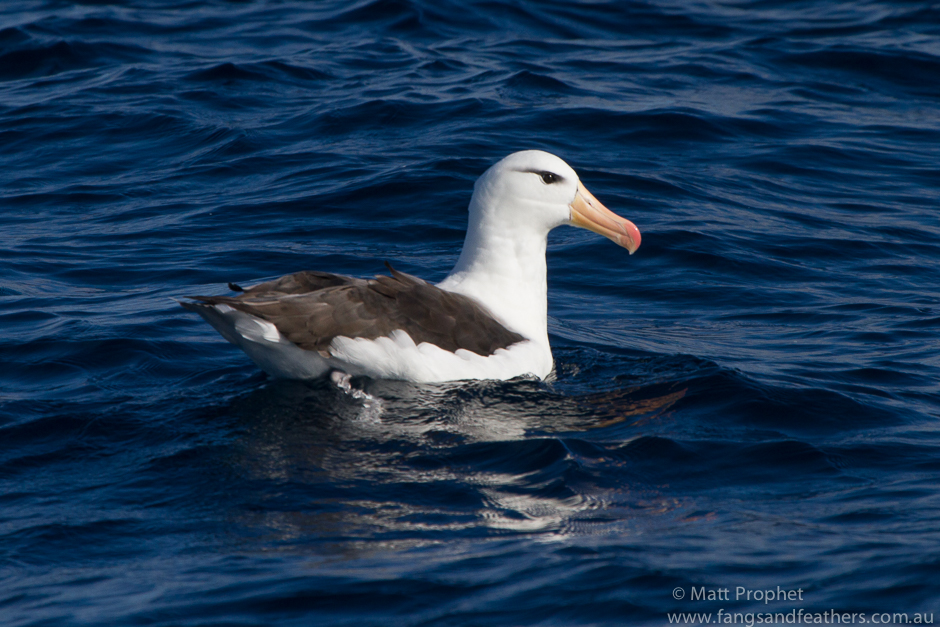 Black-browed Albatross are a common sight on pelagic birding tours off Cape Town from Autumn to early Spring.

We recorded 20 different species on these trips, with an average of 15-18 species per day. The highlights included two Wandering Albatrosses, a mega tick for most nature lovers around the world. These massive birds are significantly larger than most other species of albatross, with a wingspan ranging from 2.5 to 3.5 metres long, giving them the largest wingspan of any living bird.  With a global breeding population estimated between 8000-8500 pairs and having experienced a serious global population decline of approximatley 30% over 70 years (source Birdlife International), the future of this iconic species is uncertain. It's breeding grounds include South Georgia, Crozet, Kerguelen, Marion, Prince Edward, Heard and Macquarie Islands, all a very long way from the Cape of Good Hope. This species also reaches sexual maturity very slowly, at an age between six and ten years old and they are said to live for up to 60 years.

Other species seen included Atlantic Yellow-nosed, Indian Yellow-nosed, Shy Albatross and hundreds of Black-browed Albatross which provided exquisite veiws. All of these species have suffered major population declines during the last 50 years as a result of the impacts of fishing operations, ingestion of marine debris, entanglement and impacts of marine pollution.

Another mega tick was a Northern Royal Albatross which glided alongside the boat at an easy 22 knots. The gliding power of this animal was impressive as it accelerated and crossed our bow, and disapearred from view. It's all black dorsal wing surface with a black leading edge, are good ways to seperate this species from the Wandering and Southern Royal Albatrosses. It breeds in New Zealand's Chatham and Auckland Islands and on the Otago Peninsula. The fact that this bird was seen two oceans away from its breeding grounds was truly amazing. 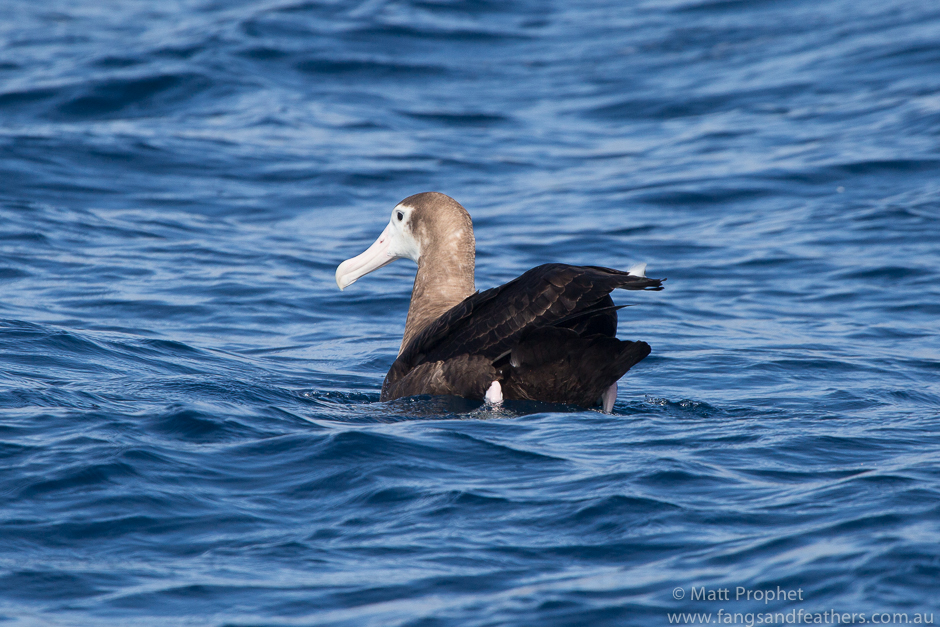 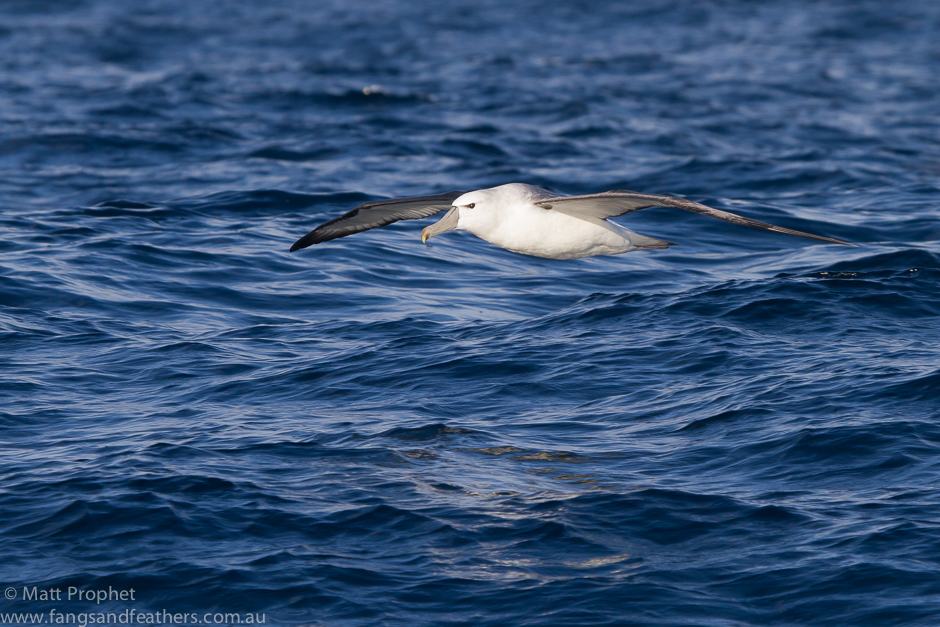 Other petrels included White-chinned and hundreds of Pintado Petrels. Sooty Shearwaters and Great Shearwaters where common. Antarctic Prions had also started to arrive in the Cape's waters and belong to a group of birds which could be likened to the LBG's (little brown jobs) of terrestrial birding. Six species have been recorded in Southern African waters, most of which are rare records and are all near impossible to identify while at sea. Photographing birds which arnt arnt easily recognised at first is an excellent way to confirm identification of species. Finalising the identification process once back on land is a very good way to be more sure of one's sightings and develops ones identification skills. 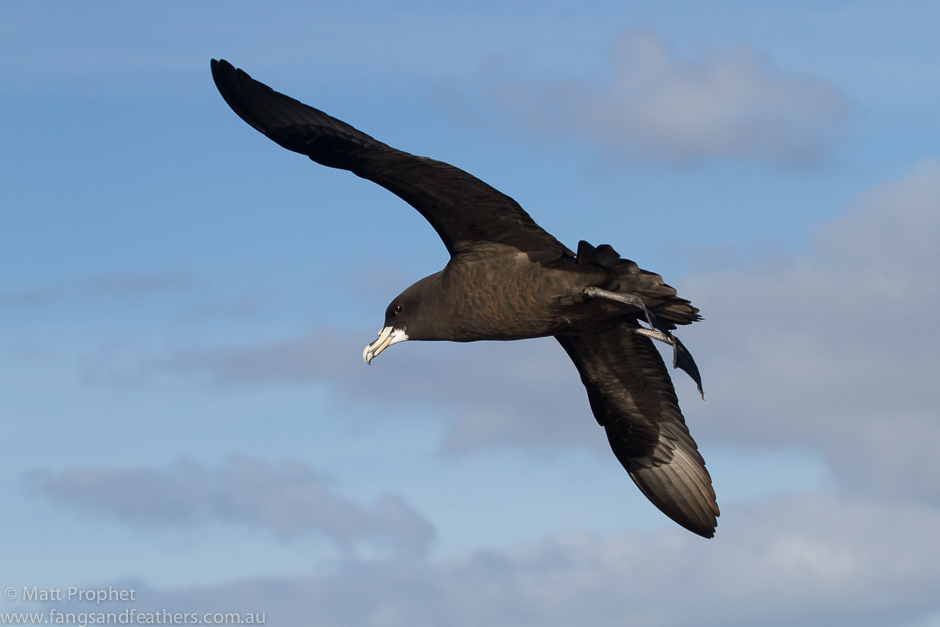 Three species of storm petrel, Wilson's, Black-bellied and European where all well observed along with a few Arctic Terns which where starting to go into breeding plumage before heading north to the Arctic for the northern hemisphere summer. Subantarctic Skuas where common and where seen chasing other birds off scavenged pieces of fish and squid floating behind the trawlers. Cape Gannets where also a regular and is a breeding resident on the local offshore islands which occur around the South African coastline.

A juvenille Loggerhead Turtle was also observed, unusual in the Cape's waters being a tropical zone species. On route to and from Gordon's Bay each day where we launched, we encountered hundreds of common dolphins which visit this area each year to feed on the large concentrations of baitfish. Another highlight where views of large Yellowfin Tuna feeding on surface scraps amongst the sea birds. 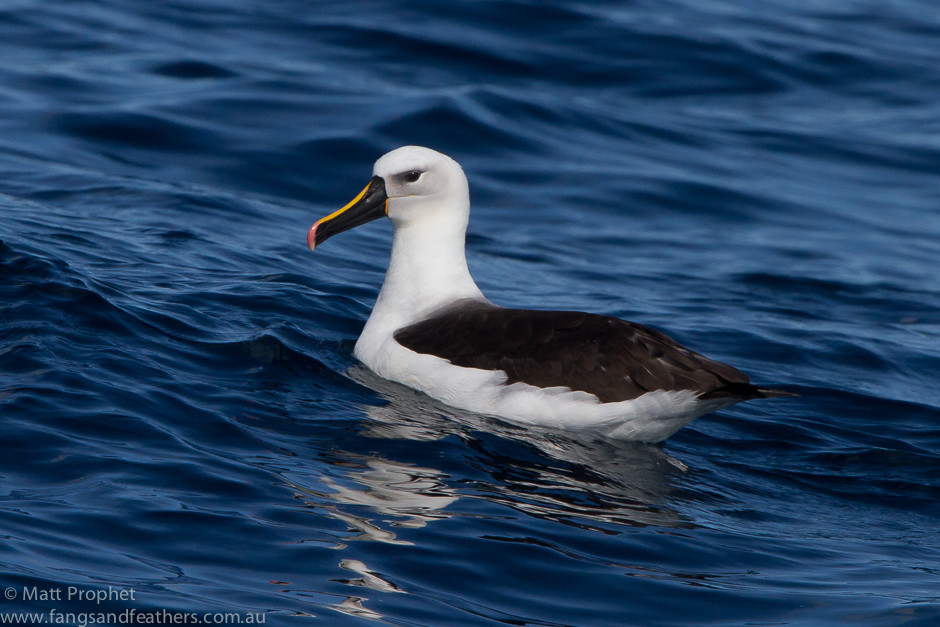 Indian Yelow-nosed Albatross are commonly seen off Cape Town on a day trip.

If you are planning on doing a trip like this, seasonality plays an important role. The diversity of birds is best during the winter months, although autumn, spring and summer months do offer species which are not present in this area during the winter. Give yourself as wide a window as possible to do your trip, so that you can select the best sea day when conditions are most pleasant. These days are usually those where the swell size is small, generally under two meters and the winds are from a south west to westerly direction. These are also the best conditions to photograph under, as the boat is more stable and the light potentially better.

Selecting your overnight accomodation in relation to which Cape Town harbour your trip departs from is also an important consideration, as this will cut down your travel time before and after your trip. Pelagc trips leave from either Simonstown, Gordon's Bay or Hout Bay Harbours, all within the greater Cape Town area. Please email if you would like to do a pelagic birding trip or any other marine based adventure and well be able to help you prepare and book your trip. 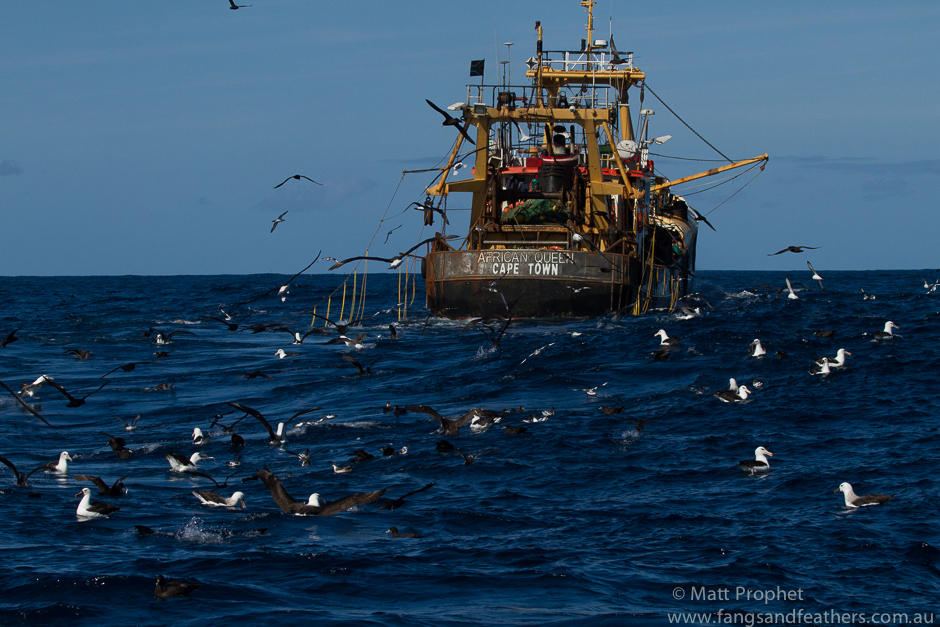