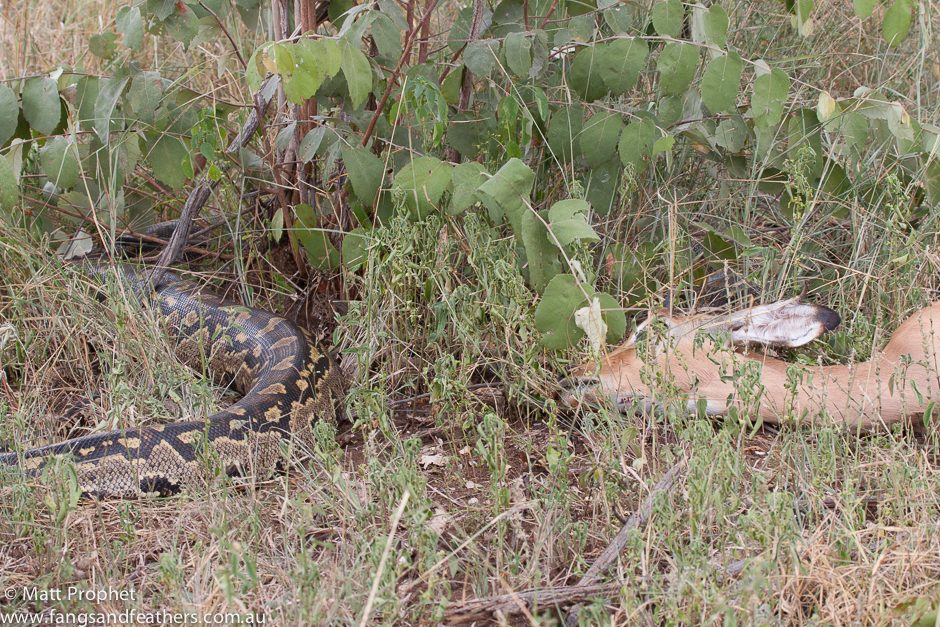 While traveling through the Kruger National Park we where lucky to see a large African rock python which had just caught a young impala ram.

The herd of alarmed impala standing next to the road alerted to us to the scene, where the python was in the final phase of constricting it's prey which would have weighed approximately 20kgs. 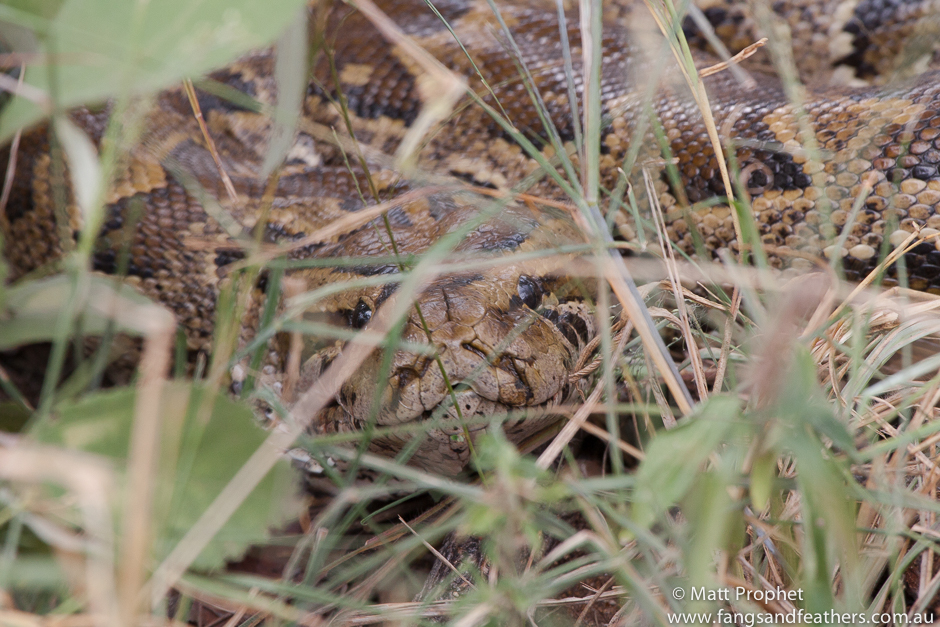 The snakes massive coils where visible through the grass, as it squeezed the life from the helpless antelope. Once the impala was dead, the python partially unwound itself and focused it's attention towards us, feeling threatened by our close proximity. It then dragged the antelope into denser vegetation to distance itself from the road. 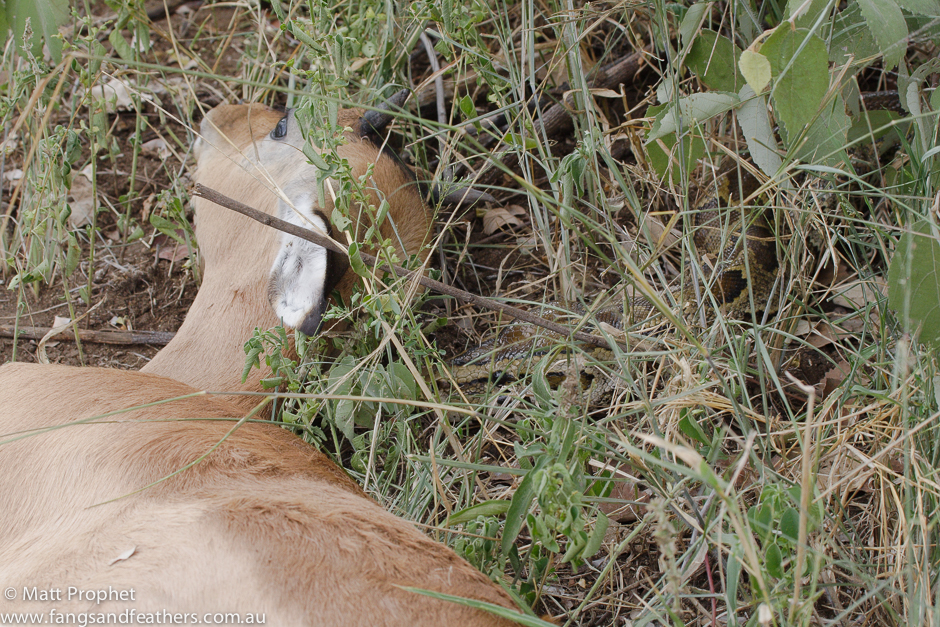 The python's head can be seen to the right of the impala's.

At this point we where no longer able to see what was happening. We departed the site, leaving nature to take its course, amazed at our good fortune. 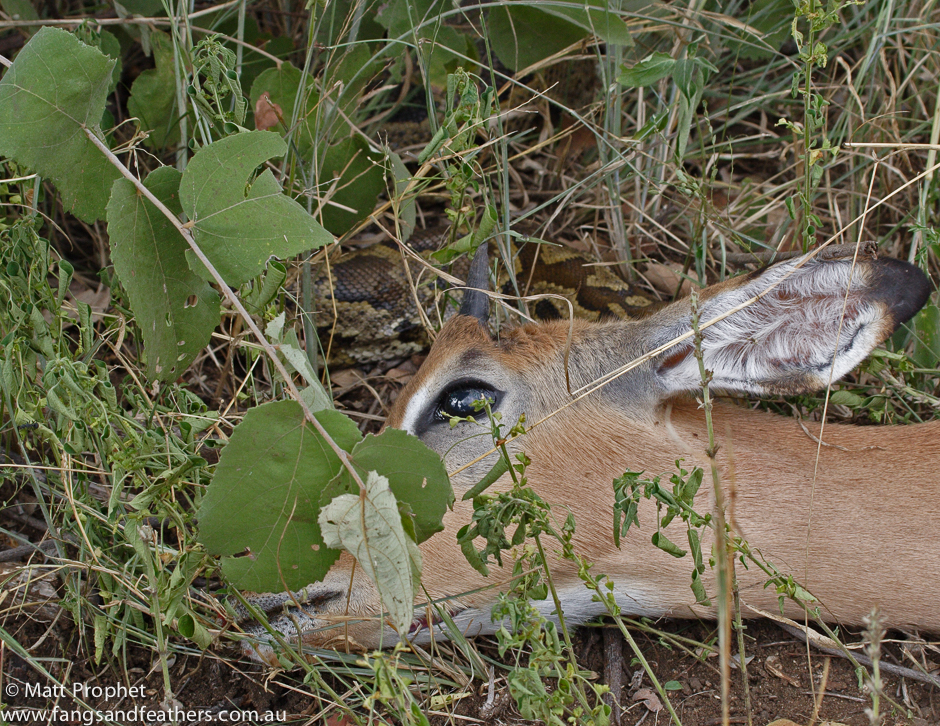 Impala ram with part of the python visible